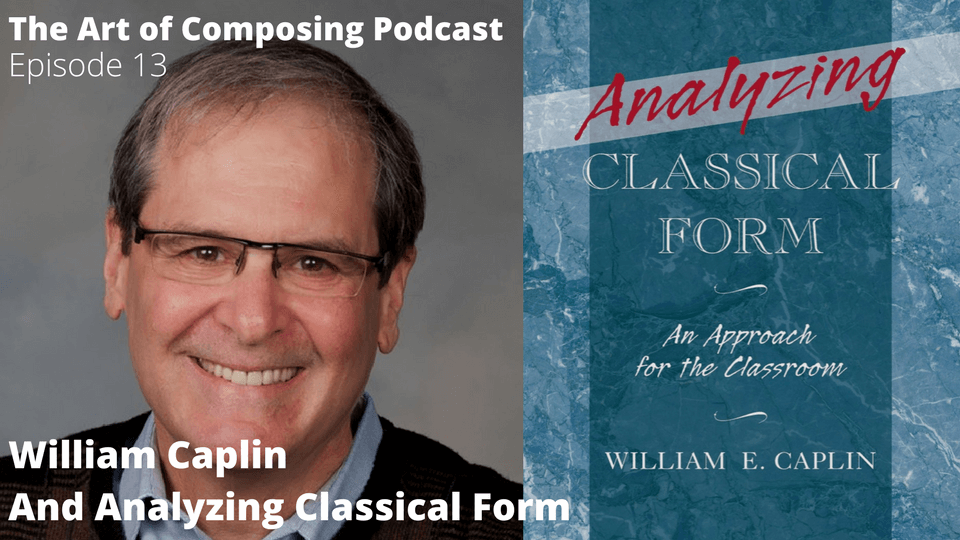 In Episode 13 of the Art of Composing Podcast, I talk to William Caplin, author of two of my favorite books on form and music theory in general. This is a great interview where we go into all sorts of

What is in this episode:

Click Here to go to Jon’s Patreon page, and support the podcast!

William Caplin is the James McGill Professor of Music Theory at the Schulich School of Music at McGill University in Montreal, Canada. He is author of two of my favorite books, Classical Form: A Theory of Formal Functions for the Instrumental Music of Haydn, Mozart, and Beethoven, which won the Wallace Berry Award from the Society for Music Theory, and the more recently published, Analyzing Classical Form: An Approach For the Classroom.

Dr. Caplin served as President of the Society for Music Theory from November 2005 to November 2007 and continues to serve on the editorial boards of Eighteenth-Century Music, Indiana Theory Review, Rivista di Analisi e Teoria Musicale, and Eastman Studies in Music.

Resources and Links Mentioned in this Episode:

*These are affiliate links to Amazon.